It has been confirmed that the "Desert Chase" in the upcoming Indiana Jones: The Soundtracks Collection is, in fact, going to be the chopped-up album edit rather than the full-length version as heard on the DCC release. I have to say that I was surprised that this version of the track was restored. I thought that the cuts made to it were done so entirely because of the time restrictions of a vinyl platter as the edited portions consist of some extremely nail-biting build-ups, and I feel the cue plays better complete.

I'm clearly going to be making my own edit of these tracks; I have to re-create of the finale of Indiana Jones and the Temple of Doom and the full "Belly of the Steel Beast" from Indiana Jones and the Last Crusade myself anyway. I'll be honest, it doesn't bother me to have to do this, as I know I'm going to enjoy the process as much as I did my recent work on The Empire Strikes Back and Return of the Jedi. I do think that it is odd that a track that had been released in complete form is is now being made available in truncated form for listening purposes while there are little cues or parts of cues scattered throughout these discs. Weird.


FANG-O-PHONIC SOUNDSpeaking of strange audio projects, I have just ripped my Master Tape Sound 96/24 DAD disc of James Horner's Glory to FLAC files on my computer. I am going to try an experiment: I want to make mp3 copies of these files and see if the resulting sound is superior to that of a straight rip of the regular CD. I know that the discrepancy will only be a question of degree, but the higher sampling rate of the mp3s that will result from converting from the 96/24 FLAC files might make a slight difference in frequency dynamic. 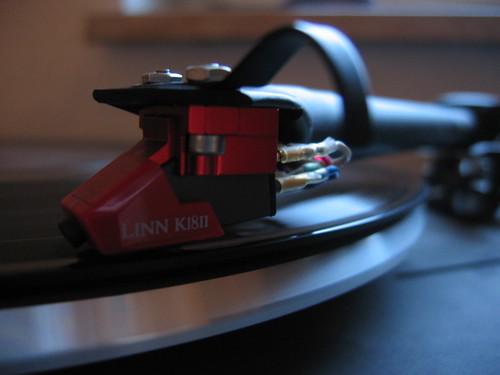 I was considering getting a USB turntable to rip some music I have on vinyl that either doesn't sound good on CD or has never been made available, including John Corigliano's Altered States, Alex North's Dragonslayer, the album re-recording of Jerry Goldsmith's Patton and Loek Dikker's The Fourth Man. I've been informed that the USB phonographs aren't worth the effort. Apparently any advantages one has converting the signal to digital at the earlier stage are more than made up for by the flimsiness of the turntable itself, so it defeats the purpose of recording from them with high-end audio formats.

I'm better off getting a good, solid phonograph with a good needle and record directly to my sound card to capture the audio. This means a bit of an outlay, so it's not something I'm going to be doing right away, but it I'm going to keep my eyes open for good deals on solid turntables.

For me, everything came down to the theme of it. For me the story of one kid trying to seek his identity as a teenager. And together with that is a journey of discovery – he's accessing his male energy, his father energy inside. And what I mean is that he gets an identification of an energy; that there's an energy that he knows and identifies with and this is his father's. And he gets to learn that that same energy resides in him.

I have not yet had the opportunity to install my stereo into The Executor, and lacking the iPod connection, I am at present relying primarily on spare CDs I had lying around. Most of these are old extra copies of my own mixes. Among these was Lumos Musica, which I found myself rather in the mood for today. It got me to thinking a bit about that sequence (the first 1:35 of this clip):

WORK SAFE
I had always just sort of accepted that Caurón was just sort of bending the rules there what with Harry casting spells in his bedroom, and I remember that it was an item that was the subject of some debate when the film came out. However, it occurred to me that when Harry threatens Uncle Vernon (Richard Griffiths) with his wand, Vernon protests that he isn't permitted to do magic out of school, and later on Harry is surprised that Fudge (Robert Hardy) isn't concerned about his blowing up of Aunt Marge (Pam Ferris). So... if the movie is pretty adamant that Harry isn't permitted to do magic when not at Hogwarts, how is he doing it in the opening sequence?

He isn't. That scene isn't literally happening at all, it couldn't, and that is made clear throughout the rest of the film. Harry has homework, but it doesn't involve casting spells; the title sequence doesn't just have a metaphor in it, it is a metaphor on its own, illustrating Harry's love for magic and the stifling environment of his home on Privet Drive. And I'm afraid that this also removes any ambiguity whatsoever about it having masturbatory subtext; it's too literal a construction for that not to be the case.
Tags: alex north, audio, cinema, film music, harry potter, high def, james horner, jerry goldsmith, john corigliano, john williams, mix workshop, vinyl
Subscribe