Mmmm… Jarlsberg with some of the apples I picked yesterday…

mals13
I'm putting the Jaws quartet on the backburner for now as I am presently working to update my Silver Screen Star Trek compilation to switch out the tracks from the horrible sounding GNP Crescendo CD of Star Trek II: The Wrath of Khan with those from the sonically pristine Retrograde Records edition, and I'll probably do a little tinkering along the way. Yes, I know that there will eventually be expanded releases of the other scores, but I don't think it is prudent to hold one's breath for them. I may revisit my Jerry Goldsmith Battlestations compilation with a few new tricks I have learned since I put that disc together.

I haven't heard all of the Beatles remasters as yet, only Rubber Soul, Revolver the white album and Abbey Road. "Only," obviously, is relative, because if you're going to listen to the Beatles in good sound, these records are obviously an excellent place to start.

Now, I've come across some criticism that the differences from the 1987 editions are very subtle. This is true, but I think the differences, while indeed subtle, are key. The problem with the old discs was never really clarity so much as it was frequency response. The original album masters were prepared with the sonic properties introduced by the cutting, playback and amplification of the vinyl format, and the initial CD release of the Beatles catalog just presented them raw. And the new discs, unsurprisingly mastered at much hotter levels than those previous issues, are not quite as "warm" as what one hears when one plays the albums on vinyl, but they are precise and well-rounded for a change.

The thing that one notices more than anything is how the remaster improves the sound of the vocals, which now have an immediacy to them that they never had on CD before. Sweet songs are sweeter, raw songs more so. There hasn't been any remixing that I've heard, which makes me quite happy. The Beatles were the most influential musicians of the Twentieth Century, touching many people's lives all over the world, and their music ought to be heard in the best condition possible exactly as they recorded and mixed it. These new discs are exactly that.

I have ordered the Stereo Remasters box set, but I am waiting for a better price before ordering the Mono Remasters.

I'm still keeping my vinyl though. These new discs sound better than the old ones, but all things considered, I don't think they improve upon the sound of the LPs so much as present an alternate presentation best suited for their particular medium.

Whilst apple-picking I saw a goat pee on its own lips to cool them off (you could tell because he pursed his lips into the wind). No, you didn't really need to hear about that, but I didn't need to see it either, so now you're stuck with the thought. My shudder is your shudder. 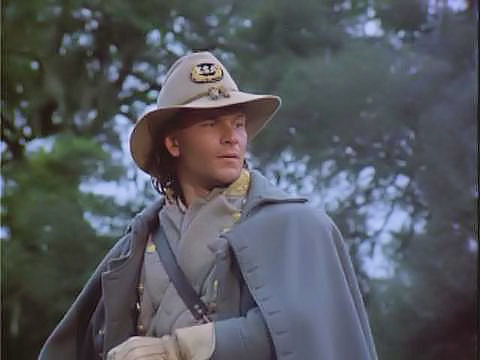