“Does It Come In Black?”

I have on occasion talked about "getting bitten by the mix bug." This is because there are some ideas I have that appear in the back of my mind and then start to bother me until I try them out. Sometimes this is for a track or two, sometimes it's for an entire mix. In cases like that, I don't always know where that process will take me, but that's part of what makes this hobby interesting. Sometimes I try things that just don't work (I never managed to get a Harry Palmer mix together, for example; the scores are just too different). Sometimes I get an idea that ends up taking me in directions I am a bit surprised by.

My reaction to the music for the Christopher Nolan Batman films — which seem to be referred to now as "The Dark Knight Trilogy" — was indifference at worst, lukewarm at best. There were a few moments I felt were especially inspired, but for the most part I was not too jazzed by the music by its appearance in the films or on the albums, feeling it was mostly pretty routine stuff, reasonably effective in the films but little more.

Those moments, though… they gave me an idea for the basic structure for an album. And trilogy mixes, where I have the opportunity to explore the development of themes over the course of a film series, are probably my favorite to make. And I knew that there was an enormous amount of music from all three films available. And… and… and I saw it as a challenge, to go through, get into and work with this music that I had such ambiguous feelings about, because I had to sort of "buy in" to the style, as well as the mythology of the film series in order to organize a decent representation. Who knows, I figured, maybe I would come away from the project with an elevated opinion of the music.

And that's how this project began, unlikely as it may seem. 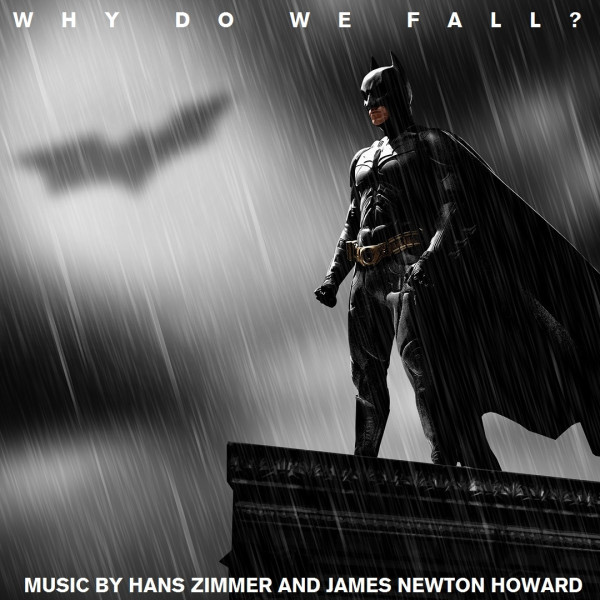 SWEAR TO ME!!!
So… now that I've completed this mix, do I feel more positive about the music for the trilogy? Actually, I have to admit that I do, somewhat. I like how Zimmer developed his Batman theme into the Dark Knight theme and finally into the Orphan theme over the course of the series, the full dimensions of which I didn't really appreciate until I started assembling this album. I have a newer appreciation for some of Zimmer's production techniques, especially those employed to wreak havoc whenever the Joker would appear. I like the sound of the extended bass and 'cello section. I still have my reservations, however. I do have to say that, even though I did have to take an extended break for a bit of time because it does consist of such (intentionally) oppressive music, I did enjoy putting together this album a lot more than I thought I would.
Tags: film music, hans zimmer, james newton howard, my mixes
Subscribe