While they are an imperfect reflection at best of J.K. Rowling's iconic series, a lot of credit has to go to everybody involved in the Harry Potter film franchise for not only having stayed the course throughout, but with such a generally consistent level of quality. Just as the characters grow up over the course of the books, so did we see their cinematic incarnations mature over the course of eight films over eleven years.

As does the film series itself, so too has the music evolved.

My primary interest in the 2001 theatrical release of Harry Potter and the Sorcerer's Stone (as it was titled in the United States) was John Williams' score. I really enjoyed the music, highly melodic and bursting with different themes and motives, and while there are a few moments in the film that I consider overscored, I think that this is more an element of Chris Columbus' kitchen-sink approach to the film than anything else. I would otherwise compare his first Harry Potter score to Superman, and there is no question that, like Williams' contribution to the musical legacy of the Man of Steel, Hedwig's theme would be associated with the character for a long time to come.

I found Harry Potter and the Chamber of Secrets, the first sequel, a bit more enjoyable (enough to send me to reading the books). Unfortunately, while Williams wrote a myriad of new themes and cues, other projects prevented him from fully scoring the film, and William Ross was brought in to arrange music from the first film to fill in the blanks. While this was quite well-executed, this meant that the first sequel, which does have quite a few very entertaining moments, it never develops its own discrete identity, and acts mostly as an extension onto the first film's score.

Williams returned to fully score the third film in the series, Harry Potter and the Prisoner of Azkaban, a sharp revision of the franchise by director Alfonso Cuarón. Surprisingly, Williams eschewed all of his original thematic material except Hedwig's theme (aside from a brief quote of his "Nimbus 2000" theme at the very end for Harry's test-flight of his Firebolt), instead building a completely original score incorporating Medieval period instruments into the orchestration to emphasize the antiquity of Hogwarts. This very different approach gives the film a unique flavor in the franchise, and on a meta level, ended up setting the stage for his departure from the series.

Shortly after the release of Harry Potter and the Prisoner of Azkaban, it became apparent that John Williams would not be able to score the next film in the franchise. Patrick Doyle had provided notable scores for Into the West and Donnie Brasco for director Mike Newell. Although he incorporated Hedwig's theme into the score, Doyle didn't try to emulate Williams, instead choosing an unabashedly romantic approach, with an appropriately British flavor and spectacular action scenes. Doyle's score is the most classically styled of the franchise, emphasizing the more traditional style Newell brought to the franchise. While Doyle is the only composer to have worked on only one film in the series, the score he provided is an excellent stand-alone work, and I was pleased to find the recording sessions while preparing this compilation.

Director David Yates brought on board his collaborator Nicholas Hooper for Harry Potter and the Order of the Phoenix, who, despite referencing Hedwig's theme, moved away from a thematic idiom into one that is more minimalistic (in the repeating musical cells sense) and textural. I wasn't particularly taken with this score when the film first came out (an impression no doubt aided by the completely haphazard programming of the music on the album), but I have since warmed up to it quite a bit; Hooper develops several motives that would become more prominent in his sequel, and give this score a greater weight in context of the series. One of my favorite cues in the film the Scottish variation of the friends theme heard as Harry rushes toward Hagrid's cottage, doesn't appear on the album.

Because I wasn't really thrilled with the fifth film's score, I wasn't expecting much from Hooper's follow-up Harry Potter and the Half-Blood Prince. I was therefore quite pleasantly surprised to find that I rather enjoyed the score both in context of the film and on the album; I felt that Hooper's sense for the characters was more focused and thematically driven, with his theme for Dumbledore standing out as being an excellent match for the character. Hooper builds on his material from Order of the Phoenix in quite interesting and engaging ways; the Possession theme from the previous score forming not only the basis for the climax of the film, but also shows up quite chillingly right after Harry casts Sectum Sempra on Draco, which is quite appropriate as that is the moment when Harry is most like Tom Riddle (another cue sadly absent from the film's album).

Hooper chose not to return for the two-part adaptation of Harry Potter and the Deathly Hallows. Alexandre Desplat was tapped to complete the series, and his scores are an interesting blend of both thematic and textural writing, ranging from quiet, intimate moments to raging blood and thunder when appropriate. Rather than quoting Hedwig's theme at key moments as both Doyle and Hooper would do in their scores, Desplat tends to integrate it into the cues, often broken or re-arranged, along with the myriad of other themes he authored for his two films, of which there are many, with many variations. Despite all of these themes and motives, Desplat also engages in quite a lot of theme-sharing, a technique often employed by Ennio Morricone. He creates a heroic theme for the Order of the Phoenix that is eventually passed on to Dumbledore's Army; it also doubles as a love theme for Harry and Ginny. There is also a theme for the trio's quest to find and destroy the Horcruxes that doubles as Ron and Hermione's love theme. There is also a menacing theme for the Death Eaters in Part 1 and an arresting theme for Lily Potter in Part 2 as well as numerous contemplative passages. Desplat sent the movie series off in style.

John Williams' contribution to the franchise was the subject of my Lumos Musica! compilation (which will be revised the millisecond I find the recording sessions for Harry Potter and the Prisoner of Azkaban, I'm all set with the other two). As the film series continued to unfold, I didn't know whether or not a mix was feasible. I recently re-watched the movies and started getting some ideas for how to put together a follow-up album concentrating on the fourth through eighth films, years four through seven. While this disc would supplement that one (the title and cover art is designed to be the "after" for the "before" of the Lumos Musica! cover art), it would not be subject to the same structure (that is, reflecting the stories themselves), instead having a more free-form, purely musical approach. This disc is more representative than explorative, as some of my others are (including Lumos Musica).

Mixes like these are interesting illustrations of how different composers can approach similar subject material. Each of the represented composers worked in their own particular style, but the tracks tend to mix well together because they are all for the same franchise, with certain requirements thereof. I often found myself creating small sequences in which different composers were scoring similar scenes in their respective films, and ended up with a very cohesive result. 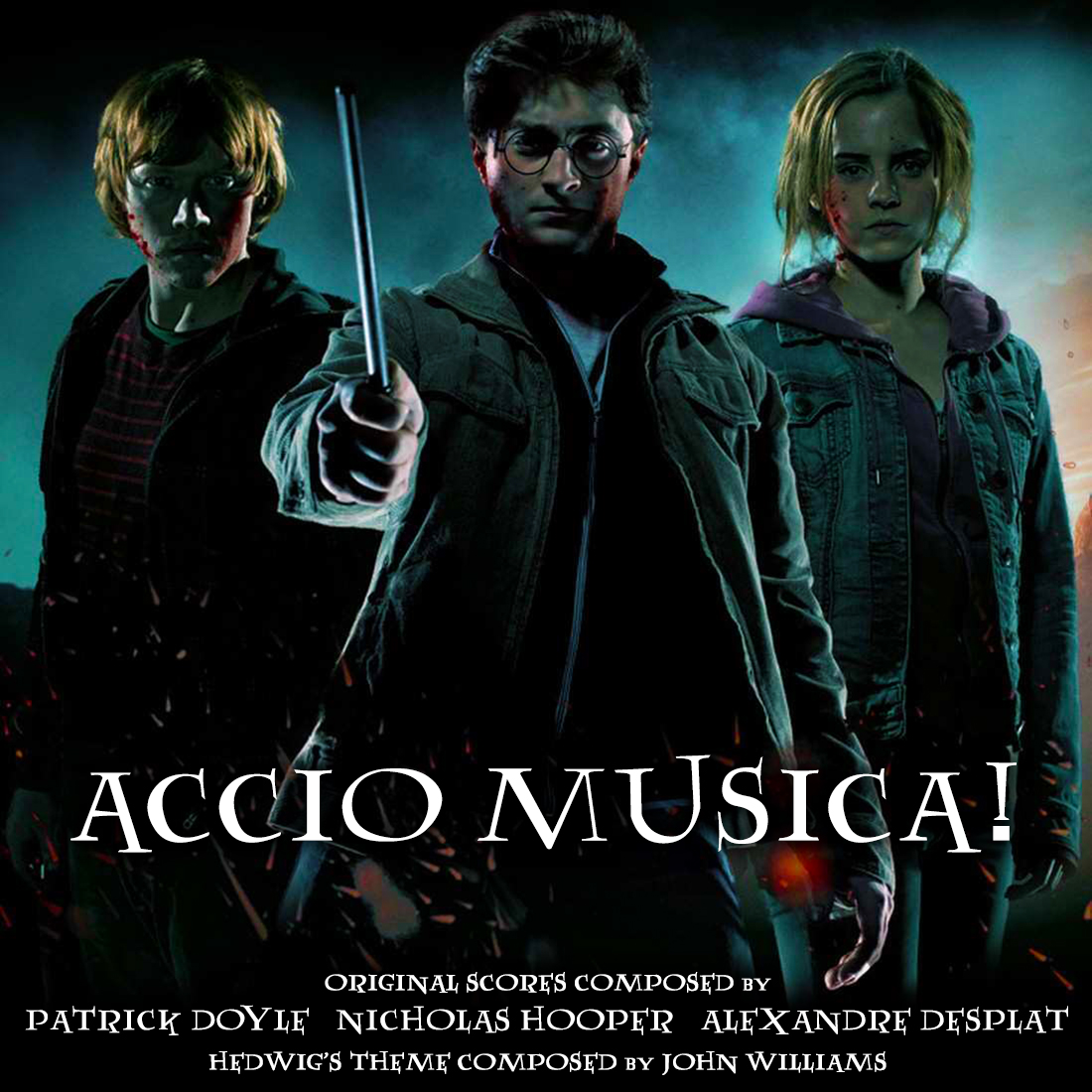